Walk into Mugshots Grill & Bar and you will be greeted by images of many patrons (and a few famous individuals) all over the walls of an upscale rustic décor befitting a southern favorite. It’s a comfortable atmosphere and server, Kristin Beach, was most gracious as I looked over the extensive menu. Ultimately, Kristin recommended the “Come-back Burger” and it did not disappoint. 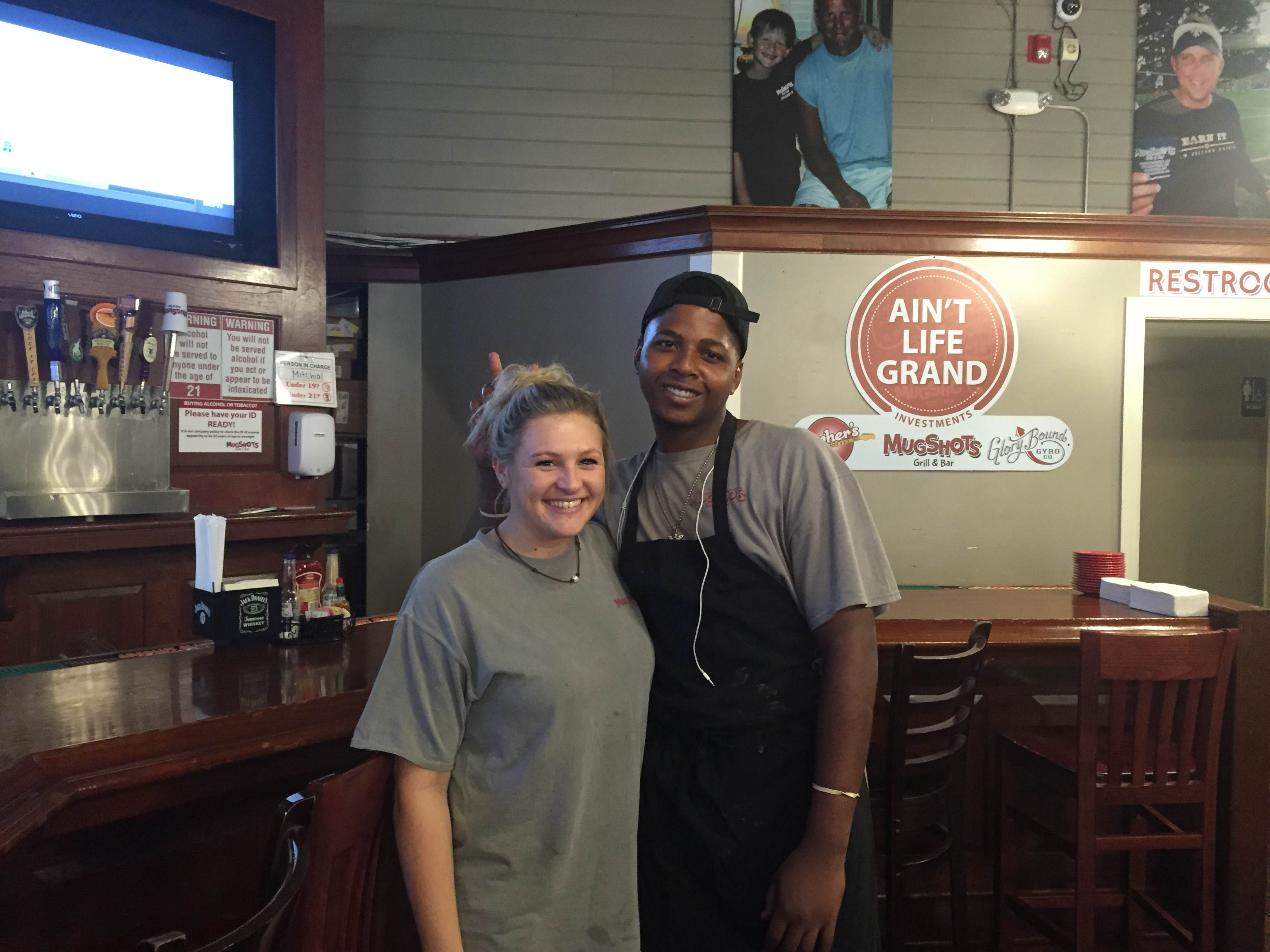 Chef, Demonte Lee, cooked up a large burger with A-1 Steak Sauce, bacon, cheddar cheese, lettuce, tomato, and homemade “come-back” sauce and a healthy helping of thick cut fries that gave my fork and knife a solid workout, but one I was glad to endure. And while I was working, Demonte had a moment and came out to chat while recommending several other items on the menu, such as the McDonald and Will’s All American Burger, so those will be on the hit list for next time.

All in all, with friendly staff, a varied and interesting menu of favorites, Mugshots is certainly a place I will keep in mind on those days when I just “need” a burger…so basically like 3 out of 5 days.

Owners Ron Savell and Chris McDonald of Ain’t Life Grand Investments are friends who met while attending college where they had big dreams. Their first big dream was to travel to Hawaii to work and to have a little fun. After college graduation, they hopped on an airplane on January 2, 2003. They were traveling to Hawaii - to Wakiki. Here they worked side-by-side always dreaming of the future.

Ron and Chris opened Mugshots #1 in Hattiesburg, MS on JANUARY 10, 2004. Having little funds, their family and friends gathered to work alongside Ron and Chris, and in no time the dream was a reality. They worked around the clock for ten straight days renovating an old building into their first endeavor. On opening day Father Tommy conferred the Irish Blessing upon Ron and Chris' grill and bar, and this sealed their dream. Ron and Chris thanked their friends and family by naming appetizers, burgers, salads, and desserts after them. They also wanted to thank their patrons and that became the tradition of putting their pictures on the walls while patrons show off their Mugshots memorabilia.

No reservations are needed at Mugshots, though keep in mind the restaurant can get crowded, especially after work hours.

More in this category: Taste of the Town: Otey's Tavern »